The results suggest the minimally-invasive procedure is an acceptable alternative to immediate surgery or radiation.

Among 100 patients with prostate cancer who received HIFU, 91% were able to avoid radical treatment for at least 2 years, according to the retrospective analysis, which was published in the Journal of Urology. Also, nearly three-fourths (73%) of patients did not experience treatment failure, and there was a 100% continence preservation rate.

"This positive data empowers urologists to use focal HIFU ablation to effectively address prostate cancer without the intrinsic side effects of radical treatments," first author Andre Abreu, MD, urologic surgeon with Keck Medicine and an assistant professor of clinical urology and radiology at the Keck School of Medicine of USC, stated in a press release.2 "We hope this study encourages prostate cancer patients to talk to their doctor about all potential treatment options to ensure that they receive a personalized care plan that addresses their individual needs."

"USC Urology is dedicated to refining cancer care through collaboration and innovation," senior author Inderbir S. Gill, MD, founding and executive director of USC Urology and senior author of the study, stated in a press release.2 "Throughout screening, diagnosis and treatment, it is important to balance accuracy and efficacy. Our physicians will continue working toward better methods to personalize that balance for every prostate cancer patient," added Gill, who is also Distinguished Professor and chair of the Catherine and Joseph Aresty Department of Urology, Shirley and Donald Skinner Chair in Urologic Cancer Surgery and associate dean for clinical innovation at the Keck School.

In an accompanying editorial published in the Journal of Urology, Massimo Valerio, department of surgery and anaesthesiology, Urology Unit, Lausanne University Hospital, Lausanne, Switzerland, wrote, “Since FDA clearance, this is the first US series reporting on [partial gland ablation (PGA)] using HIFU. Although this study has the inherent limitations of a retrospective analysis, the authors deserve credit for having quickly and safely adopted this technology in their program. This might serve as an example for novel centers implementing PGA.”3

Dr. Alexander Kretschmer on next steps for ExoDx Prostate test 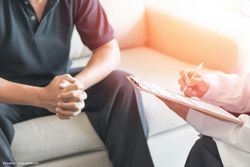 A tale of 2 lymph node dissections for prostate cancer