“Updated results [from the] second interim analysis were consistent with the results from [the first analysis] and showed a continuing trend toward an OS benefit in the ITT population," said Fred Saad, MD, FRCS. 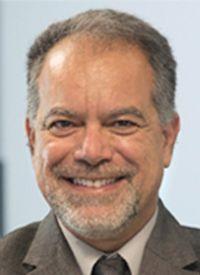 At the time of this analysis, a continued trend toward OS was observed in the investigative arm vs the control arm. After approximately 22 months prior to extensive censoring, Kaplan-Meier curves showed a clear separation between the arms. At 40.1% maturity, the median OS in the intention-to-treat (ITT) population had not yet been reached in either arm (HR, 0.83; 95% CI, 0.66-1.03; P = .11).

“Updated results [from the] second interim analysis were consistent with the results from [the first analysis] and showed a continuing trend toward an OS benefit in the ITT population. The safety and tolerability results were generally consistent with the primary analysis and the known profiles for abiraterone and olaparib,” lead study author Fred Saad, MD, FRCS, of the Centre Hospitalier de l’Université de Montreal/CRCHUM, Université de Montreal, said in a presentation on the data. “Results from PROpel continue to support a superior clinical benefit with abiraterone plus olaparib vs abiraterone plus placebo as first-line therapy for patients with mCRPC.”

The global, randomized, double-blind, phase 3 PROpel trial (NCT03732820) enrolled those with mCRPC who had an ECOG performance status of 0 or 1. Docetaxel during neoadjuvant or adjuvant treatment for localized prostate cancer and metastatic hormone-sensitive disease was permitted, but receipt of previous abiraterone was not. Other next-generation hormonal agents were allowed if they were stopped at least 12 months before study enrollment.

Study participants were randomly assigned 1:1 to receive either olaparib at a twice-daily dose of 300 mg or placebo in combination with abiraterone at a daily dose of 1000 mg.

Key stratification factors included site of distant metastases (bone only vs visceral vs other) and prior taxane at mHSPC (yes vs no).

The baseline patient characteristics were noted to be well balanced between the treatment arms. The prevalence of patients with HRR mutations, including those with BRCA mutations, was consistent with prior studies that have been conducted, according to Saad.

In August 2022, the FDA granted a priority review to a supplemental new drug application (sNDA) seeking the approval of olaparib plus abiraterone acetate and prednisone or prednisolone in adult patients with mCRPC.2,3 The sNDA was supported by earlier findings from PROpel.

Notably, a rPFS benefit was noted across all patients subgroups analyzed, including the HRR-mutated and BRCA-mutated subgroups.

“In the assessed biomarker subgroup analyses, there was an improvement of at least 5 months [with olaparib plus abiraterone vs abiraterone alone], which was most pronounced in the BRCA-mutated subgroup,” Saad said.

Updated safety findings proved to be consistent with that had been reported in the primary analysis.

One case of myelodysplastic syndrome/acute myeloid leukemia was identified during hospital admission for fatal COVID-19 pneumonia, Saad noted. The incidence of new primary malignancies and pneumonitis were balanced between the olaparib/abiraterone and abiraterone-alone arms. Additionally, the incidence of pulmonary embolism and cardiovascular events were comparable between the first and second data cutoff dates, according to Saad.