Pushing the boundaries of APPs’ work: Where should it end?

Dr. Rosevear, a member of the Urology Times Clinical Practice Board, is in private practice at Pikes Peak Urology, Colorado Springs, CO.

"Concerns about scope of practice aside, there is no doubt that as the demand for urologic services increases and the number of practicing urologists decreases, we will need to find alternative ways to continue to see and treat our patients," writes Henry Rosevear, MD.

Dr. Rosevear is a urologist in community practice in Colorado Springs, CO. Urology Times blogs present opinions, advice, and news from urologists and other urology professionals. Opinions expressed by bloggers are their own, and do not necessarily reflect the views of Urology Times or its parent company, UBM Medica. Please let your voice be heard by joining the conversation in the comments section of each post.

For a long time, my practice bucked one of the most common trends in urology. Specifically, we did not employ advanced practice providers (APPs). The only explanation given was that we had a bad experience with one many years ago, and that was that. Over that same period, though, we hired and fired numerous staff for a multitude of reasons, so that explanation always seemed a bit shallow.

I always figured that we would change one day, but being too busy building my own practice and trying to keep up with my girls at home, I didn’t worry about it and just thought, as Urology Times reported in 2010, that it was only a “a matter of time” before we hire APPs.

It turns out that time is now. With the retirement of our senior partner and the rise in the number of patients we are seeing, we recently concluded that our patient wait times were too long and decided to bring on two APPs. So far, they are working out great.

As I researched how to use an APP, I learned that our urology group is not the only one to decide that now is the time to make this change. According to the AUA’s 2015 Census, 43% of urologists work with a physician assistant (PA) and 45% work with a nurse practitioner (NP). Those percentages have consistently increased since the AUA started asking about the use of APPs.

In terms of PAs, the current percentage translates to almost 1,200 PAs working with urologists across the country, according to the 2015 Statistical Profile on Certified Physician Assistants by Specialty. Not surprising to me, as it matches my own very limited experience, urology PAs tend to be young (median age, 38) and female (2:1 ratio). Most work in an office-based setting (53%) and see a median of 60 patients a week. They are also well compensated, making $100,000 a year on average. They even have their own society (Urological Association of Physician Assistants).

A recent article published in Urology Practice (which while still a bit too academic for my taste is quickly becoming a very useful journal for practicing urologists) further demonstrates the extent to which APPs are being used in the real world. Looking at just Medicare’s data regarding urology, the study noted that between 2003 and 2014, the number of cystoscopies done by APPs increased from 328 to 2,284 (Urol Pract 2017; 4:169–75). While that is certainly a large percentage increase, it still represents only 1.5% of all cystoscopies done nationwide, and I for one am not ready to have an APP do a cystoscopy yet. Why? Surveillance cystoscopy is my physical exam, and I’m not ready to give that up. On the other hand, a cystoscopy and stent removal seems like a procedure that an APP would excel at.

I realize the reasons for my practice choosing to include APPs in our practice are not unique. We all know that we are a “wise,” (ie, old) specialty (the most recent, 2017 AUA Census showed that 29% of all practicing urologists are 65 or older). Further, as the population in general continues to age, the need for our services will only increase. Given those trends, it is only logical to outsource some of our work to well-trained and well-supervised APPs-within certain limitations. It is the pushing of those boundaries that bothers me.

Next:An example from the VA

I’ll give you an example that, while well intentioned, I fear will not work out well. We all have heard the horror stories of the waiting times at the VA (anyone who thinks that a truly socialized medical system is the answer to health care delivery in America needs to answer for the VA before I’ll take them seriously), so it is only logical that the VA turns to APPs for help. In fact, in 2017, the VA changed its own internal rules to allow certified nurse practitioners, clinical nurse specialists, and certified nurse-midwives to practice “throughout the VHA system with a way to achieve full practice authority in order to provide advanced nursing services to the full extent of their professional competence” regardless of state rules.

That is an incredible statement for a few reasons. First, notice who is not included in this expansion of privileges; namely, certified registered nurse anesthetists (CRNAs). Why? Per the same report, the “VA’s position to not include the CRNAs in this final rule does not stem from the CRNAs’ inability to practice to the full extent of their professional competence, but rather from VA’s lack of access problems in the area of anesthesiology.”

Think about that statement. The VA is acknowledging that since they have enough anesthesiologists to cover their needs, they don’t need to use CRNAs. Hence, given the choice between a fully trained anesthesiologist and a CRNA, they choose a doctor even though the doctor costs them more. If there was truly no advantage to a doctor over an APP, they would have started using CRNAs too. On the other hand, since they don’t have enough urologists, they are willing to compromise and let APPs ignore state guidelines on what they can and can’t do.

I have another idea: Why not hire more urologists? And if they can’t do that, why not look at themselves in a mirror and ask why can’t they? Is it the bureaucracy they work in? (As a resident at the VA, I had to complete five separate notes in the computer system to do one cystoscopy.) Is it the salary they offer? According to the Department of Veterans Affairs 2015 Pay Table 4, which covers urologists, a staff urologist can make at most $325,000 a year, which is almost 20% less than the average urologist in America, according to the Medscape 2017 Compensation Report. Perhaps it’s the care they provide? Do I need to reference any of the thousands of articles on poor care at the VA?

This is not a new issue; the AUA foresaw these changes years ago and published a consensus statement on the use of APPs (Urol Pract 2015; 2:219-22). For those not interested in reading the entire document, Urology Times published a great summary of the document. The actions of the VA are not consistent with the AUA statement and risk exposing patients to dangerous care in the hands of non-urologically trained APPs for no other reason than the VA can’t fix their fundamental problem, namely that their system is broken.

Concerns about scope of practice aside, there is no doubt that as the demand for urologic services increases and the number of practicing urologists decreases, we will need to find alternative ways to continue to see and treat our patients. APPs will play a role. I only hope that as those of us in the trenches of urology start incorporating APPs into practice, we keep in mind our ultimate goal, which is to provide safe, efficient, evidence-based urologic care to our patients.

Continue to the next page for a reader's response to this blog post.

I respond to Dr. Rosevear’s article discussing the VA in the July 2018 edition of Urology Times. He boasts that he can reference thousands, not hundreds, but thousands of articles documenting the horrible care our veterans receive at VA medical centers. Impressive! His remarks denigrate thousands of VA physicians including his mentors at the Ann Arbor VA/University of Michigan Urology Department and me, a VA urologist.

I cannot match Dr. Rosevear’s recall superpowers, but I can do a PubMed search. And guess what I found? The one article Dr. Rosevear missed: Comparing VA and Non-VA Quality of Care: A systematic Review, O’Hanlon, C. et al., Journal of General Internal Medicine, 32(1):105-21 July 2016.

The authors performed a systematic review from 2005 to 2015 to identify relevant articles on the quality of care at VA facilities compared to non-VA facilities. Sixty-nine articles were identified that address one or more Institute of Medicine quality dimensions. The authors found the VA often (but not always) performs better than or similarly to other systems of care with regard to safety and effectiveness of care.

Hmm, Dr. Rosevear’s snarky boast appears to be the musings of a malcontent who happens to know how to spell. 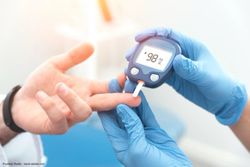 Urinary incontinence prevalence is higher in women with diabetes