Selective bladder denervation, which targets the afferent nerves at the trigone only, appears to be an effective treatment for refractory overactive bladder patients, lasting up to 12 months regardless of whether the patient exhibits detrusor overactivity at baseline, according to a recent study from Canada.

Selective bladder denervation (SBD), which targets the afferent nerves at the trigone only, appears to be an effective treatment for refractory overactive bladder (OAB) patients, lasting up to 12 months regardless of whether the patient exhibits detrusor overactivity (DO) at baseline, according to a recent study from Canada.

Researchers reported at the AUA annual meeting in Chicago that SBD may be both objectively and subjectively effective for female patients with refractory OAB regardless of baseline DO status.

“We were surprised by our findings. We thought some patients would not react, but both groups responded in a similar way. We didn’t find any difference between the two (DO+ patients and DO– patients),” said study investigator RaphaÃ«lle BriÃ¨re, a third-year medical student at Laval University, Quebec City. Briere worked on the study with Le Mai Tu, MD, and co-authors.

The study, which was conducted at Sherbrooke University in Sherbrooke, Quebec, looked at the efficacy of SBD in 23 female patients with refractory OAB and compared clinical outcomes between those with and without DO as established on baseline urodynamic study. In this prospective observational study, patients underwent SBD using a 60-second temperature-controlled radiofrequency protocol and were treated between May 2016 and April 2017.

The investigators found no difference between the two groups, and both the DO– and DO+ groups reported significant improvement from baseline at 12 weeks in the 24-hour PWT, urgency urinary incontinence (UUI)/3 days and urgency/3 days, and at 12 months in urgency/3 days. When the team looked at each patient individually, they found that the 24-hour PWT decreased in the DO– group at 12 months and UUI/3 days decreased in the DO+ group.

“It was better news than expected,” Briere said in an interview with Urology Times. “It is good news for the technology itself.”

When the authors separated voids according to Patient Perception of Intensity of Urgency Scale (PPIUS), they found that urgency-related voids/24 hours (grades 3 and 4) significantly decreased and non-urgency-related voids/24 hours (grades 0 to 2) increased in both groups at 12 weeks. It was similar in the DO+ group at 12 months, suggesting overall voiding frequency is more driven by habit than urgency, the study authors wrote.

The authors found the PPIUS grade 3/24 hours decreased only in the DO– group at 12 months and not the DO+ group. When they directly compared both groups in terms of outcomes, the only significant difference was the greater reduction in UUI/3 days in the DO– group at 12 weeks (–9.0 vs. –6.5; p=.045). DO– and DO+ groups were all subjectively improved at each follow-up.

“There were no major side effects. We had 23 patients and four had UTIs after the procedure,” said Briere. “The procedure is very safe. There were no severe adverse events linked with the procedure.” The researchers reported that these results need to be validated in a larger prospective randomized control trial.

“The other surgical approaches are heavily invasive. So, this is promising, especially if they can do it minimally invasively. Refractory OAB is hard to treat and we need new treatments, and this might be one,” said Dr. Cherullo, who was not involved in the study.

Comments? Email them to us at urology_times@mmhgroup.com 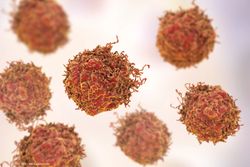 What do recent studies tell us about finasteride and PCa? 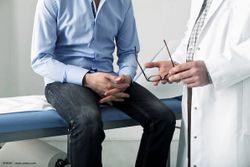