Genetic testing and the precision medicine era of prostate cancer

Urology Times® is celebrating its 50th anniversary in 2022. To mark the occasion, we are highlighting 50 of the top innovations and developments that have transformed the field of urology over the past 50 years. In this installment, Veda N. Giri, MD, discusses the role genetic testing has played in a new era of prostate cancer therapeutics. Giri is a Professor in Medical Oncology and Cancer Biology at Sidney Kimmel Cancer Center at Thomas Jefferson University, Philadelphia, Pennsylvania.

Could you provide an overview of the development of genetic testing to direct prostate cancer therapeutics?

2020 was a landmark year as far as therapeutic advancement for men with metastatic castration-resistant disease. The FDA approved 2 PARP inhibitors for men with metastatic CRPC, those being olaparib [Lynparza] and rucaparib [Rubraca]. These were approved based on 2 important studies. The first study was the PROFOUND trial [NCT02987543] for olaparib. This was a randomized trial looking at olaparib vs abiraterone [Zytiga] or enzalutamide [Xtandi] in 2 arms of patients. The first arm was for men that had BRCA1, BRCA2, or ATM mutations. The second arm looked at a host of mutations in other DNA repair genes. What they found was that there was superior clinical activity for those patients that were treated with olaparib. So the FDA granted approval for olaparib for men with deleterious or suspected deleterious germline or somatic mutations in homologous recombination repair genes, and this would be for men who had metastatic CRPC after progression on abiraterone or enzalutamide. Patients need to have tried these prior therapies and progressed on those therapies.

The TRITON2 study [NCT02952534] led to the approval of rucaparib, and this was based upon improved clinical responses for men in the setting of metastatic CRPC. In that setting, particularly for men with BRCA mutations, rucaparib was shown to have superior responses. So here again, the FDA granted accelerated approval for rucaparib. This was specific to BRCA mutations, and again, they needed to have prior treatment with an androgen receptor-directed therapy and a taxane-based chemotherapy. These approvals open options for therapeutics for men, in terms of after progression, to consider PARP inhibitors if they are positive for DNA repair mutations, and also can open the door for additional clinical trials.

What makes genetic testing an innovation in urology?

We can think of innovation in a couple of different ways when it comes to genetic testing in urology, specifically for prostate cancer. One is that for a very long time, there was suspicion that prostate cancer can be inherited, but there was a limited amount of information as to the genetic basis for that. Now, with the advancements in understanding and the scientific contributions of experts across the field, we now know that genes such as BRCA2 and HOXB13, have strong predisposition to prostate cancer. BRCA2 is associated with aggressive prostate cancer as well. BRCA1 also has some modest association to prostate cancer. There are multiple other genes such as the DNA mismatch repair genes associated with Lynch syndrome, that also have modest association to prostate cancer. And of course, as I mentioned, lots of genes, particularly in the DNA repair pathways, can be important in therapeutic decision-making for men with prostate cancer. Now, these insights into some of the genes that are linked with prostate cancer risk actually carry strong hereditary risk not just for prostate cancer, but for multiple cancers that can impact men, as well as males and females in their families. So I think one of the biggest innovations was insight into the hereditary nature of prostate cancer and what this means for men and their families. For urology specifically, this is a real practice innovation because now urologists are on the forefront of being able to be a doorway into a family for identifying a hereditary cancer syndrome, such as hereditary breast and ovarian cancer, or Lynch syndrome. This way, these patients can be identified, their cancer risks can be estimated based upon the genetic mutations identified, and tailored cancer screening and risk reduction measures can be given to these patients. That's a huge innovation, and that is impacting urology when it comes to genetic testing for prostate cancer.

A major innovation impacting urology and oncology is the therapeutic advances based on genetic information. There are many clinical trials that are going on to help improve outcomes, responses, [and] patient selection for targeted therapies. So I think you're going to see innovation going forward [and] you're going to see scientific insights being reported going forward, linked with the genetic understanding of what it means to be at risk for prostate cancer, and how that can impact men and their families.

How has genetic testing improved the treatment of patients with prostate cancer?

As I mentioned, genetic testing certainly opens the door for targeted therapies for men with metastatic castration-resistant disease, such as, for example, PARP inhibitors for patients that carry DNA repair mutations, particularly BRCA mutations, and then also eligibility for ongoing clinical trials. This is an important thing to keep in mind so that we can not only explore ways to improve treatment, but also increase our understanding to help populations across the board from the trials. We also see trials that are going on not only just in the metastatic setting, but across the spectrum of care. This is really important when we think about where we're headed. We see trials going on in the high-risk localized space for men with prostate cancer. Regarding genetics, can genetics help inform targeted therapies in that setting, or strategies for management? An important space where I think we're going to see a lot of advancement is for men with early-stage localized disease, in terms of strategies for active surveillance based upon genetic information. A really important point is the hereditary implications of genetic testing when it comes to men and their families. We know that this can impact screening strategies for men, so beginning prostate cancer [screening] at a younger age, perhaps tailoring the screening strategy for these men who carry high-risk genetic mutations, is also really important in terms of reducing the burden of prostate cancer in our populations. 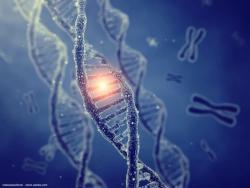