Urology Times® is celebrating its 50th anniversary in 2022. To mark the occasion, we are highlighting 50 of the top innovations and developments that have transformed the field of urology over the past 50 years. In this installment, Joshua A. Broghammer, MD, discusses the use of penile implants as an alternative to medication for the treatment of erectile dysfunction. Broghammer is an associate professor of Urology at the University of Kansas Medical Center.

Urology Times: Please provide some background regarding the history/development of penile prostheses.

Dr. Broghammer: So the inflatable penile implant, which is the more common sort one we use today, was initially started with the prototypes back in the 1970s. And it was Dr. Brantley Scott, who was a urologist and chair of the Baylor College of Medicine in Texas. He had developed these implants over time with animal models, and it's really a true surgeon/scientist story of trying to fix a problem, looking at the anatomy and cadavers, things like that, and trying to develop a solution. He started a company called American Medical Systems (AMS) and eventually was able to develop a marketable product and get FDA approval.

The company has been bought out by Boston Scientific, and so they're now the owners of that subsidiary; however, they've kept the American Medical Systems name, or AMS is what you'll see more commonly, as a brand. That's how well it got known.

There is another company called Coloplast. That company also makes implants that are very similar in terms of their inflatable style. It's actually been good for patients to have the 2 companies compete against each other. Just like car companies try to build a better car, it's come to develop a better implant with greater technology and improvements, which has enhanced the patient experience.

The rigid penile prosthesis, known as the semi-rigid or malleable device, is a penile implant that creates 2 bendable rods in the corpora cavernosa. The corpora cavernosa are 2 chambers inside the penis. Anatomically, if you were to look at, it almost looks like a double-barreled shotgun where there’s 2 chambers side by side. And so what happens with these rods, much like the bones in your finger, they're malleable or bendable. So they're solid all the time, it feels as if a patient has an erection, but they're able to bend it. So when they don't want to use it, they bend it down, and when they do, they bend it up. But the penis remains hard during that time. So it's the easier to implant because there’s less complexity and there are some medical reasons that we choose those implants. They're used less commonly just based on the technology—more people are going toward 3-piece or inflatable penile implants.

And basically what those are is that instead of the 2 rigid rods in the penis, you have 2 inflatable balloons that are present in those chambers. That gives you the ability to manipulate the amount of inflation and the rigidity or hardness of the erection. There's a pump that's in the scrotum and the best analogy I can give is that it feels like a third testicle. It's all buried on the inside, so if you don't know someone has an implant, for instance, you shower in a locker room at the gym, no one's going be able to see that you have one of these. And then there's a storage tank that goes in the abdominal cavity near the bladder. And what you end up doing is transferring fluid back and forth. So you bloat the erection and when you're done using it, you transfer the fluid back to the reservoir. And that is probably the most common implant we do these days. I would say 95% of people get that style of implant. It gives a very natural erection because you're able to deflate it.

Who might be an ideal patient for penile prosthesis.

We've had a little bit of a transition in terms of how we look for the ideal patient. Years ago, we didn't have drugs like Viagra (sildenafil) or Cialis (tadalafil). And that's a class of drugs called the PDEG inhibitors, those are pills that patients take that are vasodilators, so they open up the blood vessels to the penis causing an erection. Most people because of the convenience of taking a pill are going to start there. If those fail because someone has blockage of the arteries or they have advanced erectile dysfunction disease, we're going to move into kind of a myriad of other treatments, if you will. Traditionally that would include a vacuum erection pump, which is a vacuum device that has low air pressure around the penis that suctions venous blood back into the penis itself inducing erection. Then the patient has to have a constriction ring which will sit at the base in order to hold the blood in place. We also do injection therapy, or intracavernosal injections, and those have been used also as a vasodilator—we sort of think that they’re a little stronger than the PDE5 inhibitors.

But once those were exhausted, then we would move on to penile implants. Historically, the implant had actually been around before those drugs were developed. So we were doing, although a limited number just because the public wasn't familiar with it, we were doing more surgery for erectile dysfunction, then you have the injectable agents and the pills became available. And so those were able to treat men with minor erectile dysfunction. However, as we age, it's the sort of the same risk factors for having a heart attack—smoking, high blood pressure, diabetes—these are all risks that people have for erectile dysfunction. Because of clogging of the arteries. If you think of anything that causes a heart attack, or a stroke, those risk factors also cause erectile dysfunction. So we get men that are older and that blockage is such that it can't be overcome by those injectable agents or pills, and so those are great candidates for the penile implant.

Historically, our old guidelines said you had to go up this ladder of continuing treatment from the easiest to then surgery was at the top of that ladder. Now, the new guidelines from the American Urological Association are basically, “We just need to have informed consent.” So some men may not want to try certain treatments, and, as long as they're aware that those treatments are available and have decided against them, we can proceed to an implant. But, in general, it's not our first-line therapy. If you're out of other options, it's a great therapy or if it's something you think is going to fit well into your lifestyle. That's the sort of thing we're looking at with our patients.

What has the evidence shown in terms of safety and durability of these prostheses?

In terms of clinical safety, the competition between the 2 companies has driven innovation to make these implants much safer. If you look at the AMS device, they are impregnated with a trademark product they call InhibiZone. It is an antibiotic coating that’s in the plastic, which is both rifampin and minocycline. This is protective against most of the skin bacteria we have, which is the most common bacteria to infect an implant.

When you look at the Coloplast product, they have a hydrophilic coating, meaning that it attracts molecules in a water-based solution. So you can actually customize the antibiotics you want to put in that, so we simply dip the implant into the antibiotic solution, and that becomes adhered to the outside surface or sticks to it. This prevents the attachment of bacteria during surgery. And if bacteria do attach, what they secrete is biofilm, and the best way to describe that is as a sort of slimy layer on the outside, that's armor against antibiotics. So what'll happen is, is that you take an antibiotic, whether it's IV or oral, that cleans the surface of the tissues and the biofilm, but the bacteria are hidden in there and not exposed. So what happens over time if someone's going to get a clinical infection is that bacteria is able to grow and expand out of the biofilm. By reducing biofilm adhesion and killing bacteria that may come into contact with the implant, we've dropped our infection rate anywhere from about 1% to 2%, when some of the historical data would be that these would be 3% to 5%. So we've really made great strides from a safety standpoint.

Also happening is mechanical improvements in the device in terms of materials made, how they're constructed. Generally, both devices are equivalent in terms of mechanical durability, if you look at how long the device is in the patient and functional, at 7 years it's about 90% of them are still working. If you advance to 10 years, it drops to about 70% are working. So as time goes on, these new devices do break. Unfortunately, we have to surgically replace them; there's no way to sort of repair them, you have to get a new device implanted. I tell people to think of it kind of like a car; you get a good 10 years out of it, and then you start having to look for a replacement model. And that's been key and these devices just get built better and better every year.

Please discuss any ongoing or future research in this space.

In terms of ongoing and future research, we've been clamoring as urologists to have an electronic device for quite some time. I know Boston Scientific has some development they're working on, but who knows when that's going to be available. There's a lot of mechanical technology you have with an electronic device, and the benefit of that would simply be not having to pump the pump. So, say a patient has had a stroke and has a non-functional hand—often these implants require both hands to manipulate, one to hold the pump in place and the other one to do the actual squeezing. Or you might have someone with bad rheumatoid arthritis. So, there are a whole bunch of patients that we're not reaching, or can't reach, because the functionality of this device is more difficult with the inflatable portion. That might be a patient who's got a single use hand where we decide to put a semi-rigid in, but it's a little less satisfactory overall in terms of patient satisfaction.

And so these electronic devices, if and when they do come out, are going to be very interesting. There's a lot of technology that needs to be developed for that. We need rechargeable batteries. We need to be able to manipulate that device. What does our interface look like? Do you use a key fob like you'd unlock your car? Do you have an app on your Apple Watch? How do you do this? And so, this is a sort of theoretical thing at this point. But the idea is that eventually when these devices are through, it'll be a huge improvement for patients. It'll be less implant for us to put in overall, hopefully. It's something we've talked about for 20 years or so, but as time goes on, and now companies are working on that, it'll be interesting to see what happens. The jury's still out. I think I'll see it in my lifetime, but it's not something, as I like to tell patients, that you should wait around for. Don’t hold off on your penile implant because you hear there's an electronic one coming out. We're not that far advanced yet. 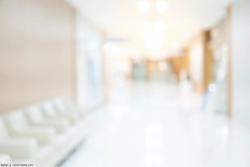 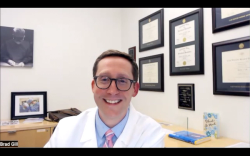