Urology Times® is celebrating its 50th anniversary in 2022. To mark the occasion, we are highlighting 50 of the top innovations and developments that have transformed the field of urology over the past 50 years. In this installment, Ziho Lee, MD, discusses the buccal mucosa graft for urethral and ureteral stricture disease. Lee is an assistant professor of urology and director of Urologic Male Reconstruction and Robotic Reconstructive Surgery at Northwestern University Feinberg School of Medicine in Chicago, Illinois.

Could you describe the development of the buccal mucosa graft for urethral and ureteral stricture disease?

Right now, as far as tissue transfer techniques, buccal mucosa is one of the most widely used tissues in urinary tract reconstruction. One of the reasons why this is well-suited for urinary tract reconstruction is because buccal mucosa is always wet, and it is hairless.Also, the mouth has easy access. It's easy to harvest a graft within the mouth. It has been associated with excellent outcomes with minimal morbidity over the test of time. The first reports of using oral mucosa in reconstructive surgery were back in 1890; it was used for a staged urethral reconstruction. It was a lost technique for a while, until it became popularized in the pediatric urology space. Within the adult reconstructive literature, it wasn't mainstream until the 1990s. Initially, there was a report out of Egypt in 1993. A.W. el-Kasaby, MD, reported a series utilizing buccal mucosa graft for urethral reconstruction.1

Why does the buccal mucosa graft belong on a list of innovations in urology?

One of the main things is it allows for reconstruction of complex clinical scenarios. As a reconstructive urologist, a lot of my job has to do with handling scar tissue and the processes around scar tissue development. This involves understanding the stages of wound healing and tissue properties of how things heal. The easiest way to fix something is to cut the diseased ends and put the 2 healthy ends back together. That's not always possible, because if there's a long area of defect; for example, in the urethra, that's going to lead to penile shortening or penile curvature, which can be suboptimal for patients. Within the ureter, when we cut the 2 diseased ends and put the 2 good ends back together, there might not be enough ureter left to be able to stretch the tissues. Anytime we connect 2 tubular objects by stretching, it puts tension, an anastomosis, which makes it more likely to break down. By utilizing buccal mucosa, we can now reconstruct longer and more complex defects within the urinary system.

What future innovations do you foresee in treatment of stricture disease and reconstructive urology in general?

That’s a great question. Even though accessing the mouth for tissue is easy, it does cause morbidity in our patients. It can be quite painful to harvest a skin graft from someone's mouth. In the future, I think there's going to be more work in tissue engineering buccal mucosa graft or urothelial tissue. There have been some reports, primarily out of the United Kingdom, that go through the development of a tissue-engineered buccal mucosa graft. Right now, we're still in the early stages of development of this. This technique is being refined. Again, this goes back to the holy grail of reconstructive urology being to find a tissue substitute that can be utilized that's easy to access, is not expensive, and does well for patients. It's an exciting space to be in because there are a lot of research efforts currently underway to look at how to develop this tissue-engineered tissue to be used in urinary tract reconstruction. 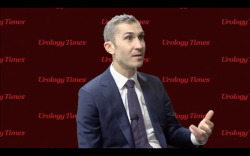 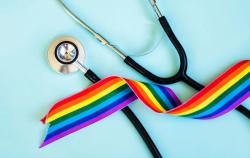