Researchers studying a novel multimodal analgesia protocol at multiple institutions in the U.S. for patients having penile implant surgery found narcotic prescriptions before, during, and in the post-surgery recovery period fell from as high as 50 to 60 narcotic pills to 10 to 15 pills. 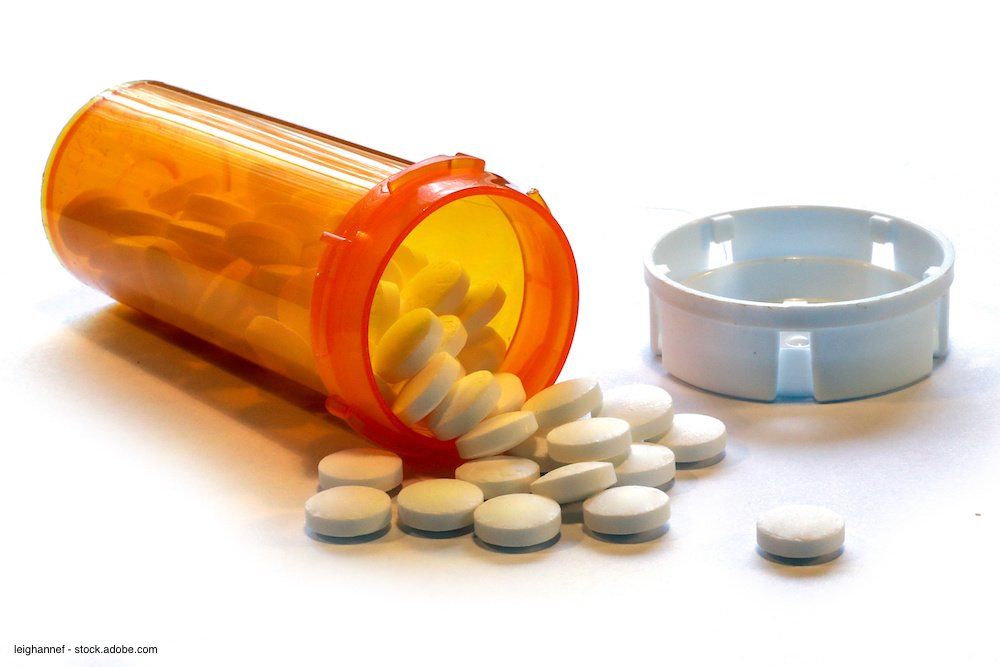 Researchers studying a novel multimodal analgesia protocol at multiple institutions in the U.S. for patients having penile implant surgery found narcotic prescriptions before, during, and in the post-surgery recovery period fell from as high as 50 to 60 narcotic pills to 10 to 15 pills.

In addition, patients’ pain scores improved with the narcotic-reduction strategy, according to data presented at the 2019 AUA annual meeting in Chicago. The research team, led by urologists at Fox Chase Cancer Center in Philadelphia, also reported findings on the strategy in the Journal of Sexual Medicine (Dec. 19, 2019 [Epub ahead of print]).

Implantation of an inflatable penile prosthesis is associated with significant postoperative pain, yet prior to this study there was only one other assessment of pain management for the recovery period following penile implant surgery, according to lead study author Jay Simhan, MD, vice-chairman of urology and director of urologic trauma, reconstruction, and prosthetics, Einstein Healthcare Network, and associate professor of urology at the Fox Chase Cancer Center.

“Historically, patients having this operation were given narcotics while in the hospital and were given an extraordinary amount of narcotics upon discharge. Many urologists still manage their patients this way. Up until about a year or two ago, that’s how we were managing the problem as well,” Dr. Simhan said.

Dr. Simhan developed this surgical pain management protocol that he says can be used in penile implantation and can also be modified for other types of urologic surgeries.

“What it does basically is give nonopioid alternatives for pain management. And in doing so, it provides patients with effective pain relief, as well as with narcotics avoidance,” he said.

Dr. Simhan and colleagues implemented a three-medication regimen for patients before surgery, which includes high-dose acetaminophen, long-acting regular nonsteroidal anti-inflammatory drugs (NSAIDs) in the form of meloxicam, and gabapentin.

“We administer this regimen to patients orally right before induction of anesthesia-30 minutes to an hour before surgery,” Dr. Simhan said.

During surgery, patients receive a penile nerve block and a pudendal nerve block.

“There’s an education piece, where you have to educate patients to take several pain medications in various iterations, but it prevents the need for as many narcotics and the opioid dependence that we’ve seen,” he said.

The authors compared inflatable penile prosthesis patients who received the multimodal analgesic regimen to a demographically matched cohort of patients that received a traditional opioid-based protocol at four high-volume penile implant surgery centers in Philadelphia, New England, California, and Florida. Their preliminary results were in 91 patients: 53 in the multimodal analgesia arm and 38 in the opioid arm. They have continued to accrue patients into their study, however.

The authors analyzed patients’ visual analog pain scale scores and opioid usage, or total morphine equivalents, given in the post-anesthesia care unit, postoperative days zero and one, and in the immediate post-discharge period. They also compared narcotics usage on discharge and follow-up.

Patients in the post-anesthesia care unit on the novel regimen received an average 1.6 narcotics compared to 4.3 in the control group, with substantial reductions in narcotics in the multimodal group on postoperative days zero and one, as well.

Next: Fewer narcotic refills neededAnd while patients receiving the multimodal pain medication protocol were discharged with an average 14.9 narcotics versus 51.3 pills in the opioid group, a much smaller percentage of patients on the novel protocol required narcotic refills-7.5% versus 47.4%.

The multimodal analgesic protocol demonstrated excellent durability in significantly reducing postoperative pain and reducing inpatient and outpatient narcotic usage without any discernable side effects, according to the authors.

Some patients are not candidates for elements of the novel regimen. Urologists should avoid giving long-acting NSAIDS to people with renal insufficiency and should not prescribe high-dose acetaminophen to patients with liver dysfunction.

“To our knowledge, this is the only multi-institutional pain management assessment that traverses the recovery period done in all of urology, ever. There has been no other study in any field of urology, whether it’s cancer, stones, female urology, reconstruction, that looked at pain management, pain reduction, and narcotic avoidance for the entire recovery period in a multi-institutional fashion,” he said.

Dr. Simhan is a consultant for Coloplast and Boston Scientific.

Tell us what you think! Email comments to the editors at urology_times@mmhgroup.com 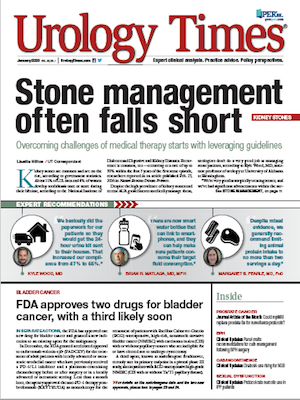